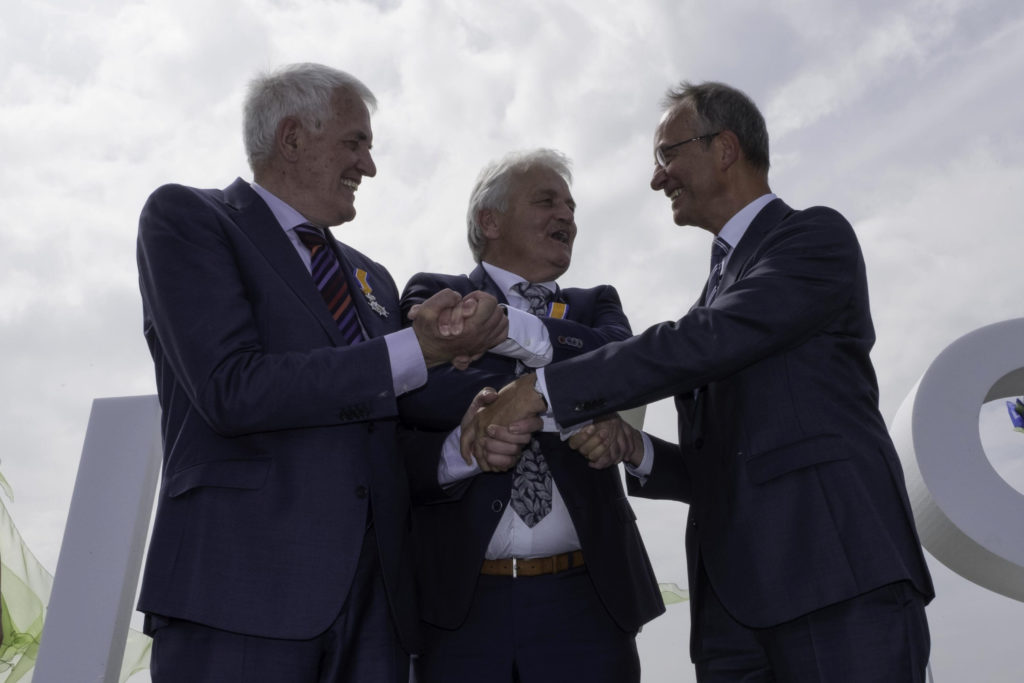 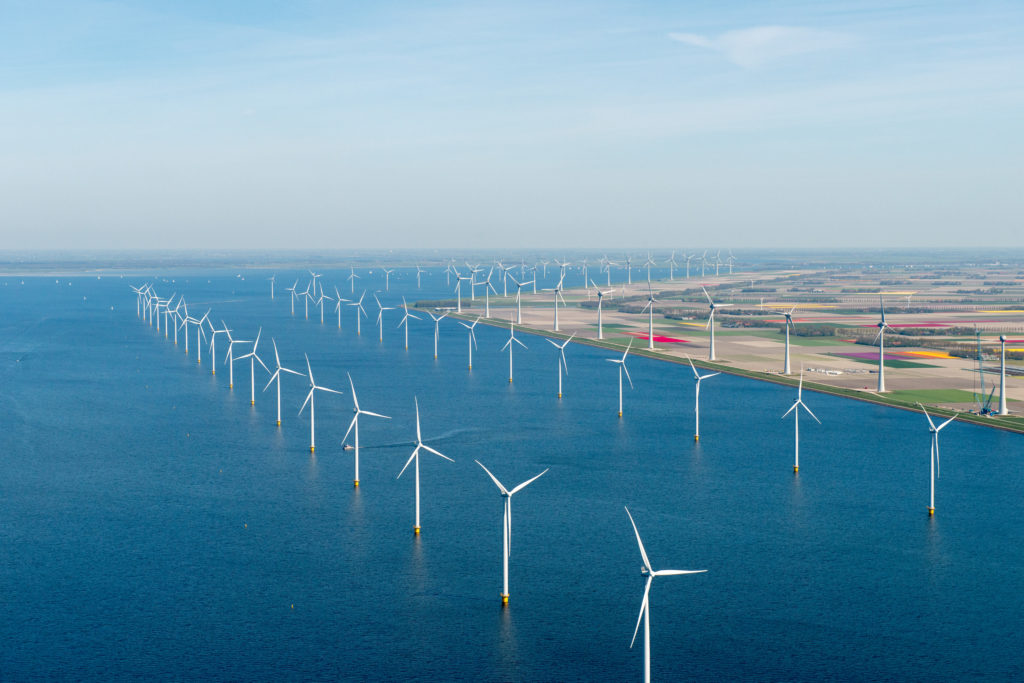 Emmeloord, March 29, 2016. This weekend Wind Farm Westermeerwind achieved an important milestone. All wind turbines produced maximum power output of 3MW per turbine, meaning that the wind farm produced its maximum capacity in power production of 144MW.  This is an excellent achievement, especially given the last turbine was installed less than a month ago and part of the wind farm is still in the testing and commissioning phase.
END_OF_DOCUMENT_TOKEN_TO_BE_REPLACED

Emmeloord/The Hague, 1 March 2016. The construction of the 48 wind turbines for the Westermeerwind Wind Farm in the IJsselmeer is complete. Siemens has finished installing the final turbine. The wind farm will commence operations following the test phase. The very windy location and the quality of the selected turbines will ensure high sustainable electricity production, as is already clear.
END_OF_DOCUMENT_TOKEN_TO_BE_REPLACED

First group of turbines provides over 26,000 households with electricity

Emmeloord, 10 February 2016. Today, Westermeerwind Wind Farm has reached an important construction milestone. Siemens has fully installed two thirds of the 48 wind turbines. The first group of eight wind turbines has also been transferred to Westermeerwind. This already enables over 26,000 households to benefit from renewable power, obtained from the wind farm under construction. END_OF_DOCUMENT_TOKEN_TO_BE_REPLACED

Windpark Westermeerwind supplies its first electricity to the grid

Windpark Westermeerwind has reached an important milestone of its construction. Last weekend the wind turbines generated the first durable wind energy. All 48 wind turbines will be installed and connected during the next months, and wind energy should be generated for about 160,000 household by spring 2016. END_OF_DOCUMENT_TOKEN_TO_BE_REPLACED

Important milestone: The installation of wind turbines in Westermeerwind has started

The installation of 48 Siemens wind turbines for nearshore Windpark Westermeerwind in the IJsselmeer has started. The first tower was placed today on the foundation that had already been completed in May

The towers are brought directly to the construction site, from the port of Amsterdam through the IJsselmeer along the dike of the North East Polder. Each shipment carries, among others, two upright tower parts of no less than 50 and 40 meters high, comparable to apartment buildings of 16 and 13 floor respectively. END_OF_DOCUMENT_TOKEN_TO_BE_REPLACED

Today the on-land nearshore Windpark Westermeerwind transformer station was powered up. This is an important milestone for the project, because it is an absolute pre-requisite to be able to use the first wind turbine.

Emmeloord / Rotterdam – 25 July 2014 – Yesterday, Wind Farm Westermeerwind and utility company Eneco signed a long-term purchase agreement for wind energy. For a period of 15 years, Eneco will purchase all electricity generated by what is the largest near-shore wind farm of the Netherlands. Westermeerwind has thus ensured itself of a long-term client and Eneco will be able to provide more customers with turbine-generated electricity. END_OF_DOCUMENT_TOKEN_TO_BE_REPLACED